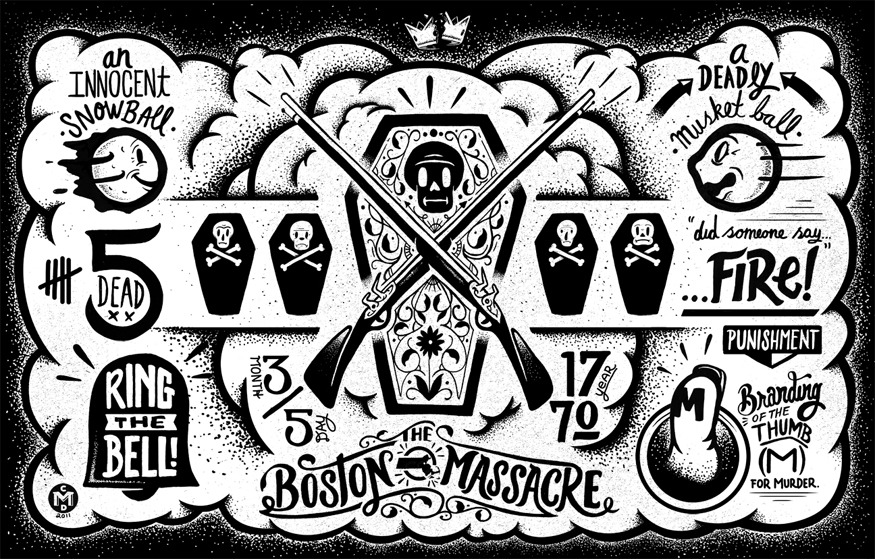 Seen as one of a handful of tipping points in the tumultuous relationship between the colonists and the British, the incident known as the Boston Massacre initially starting out as a shouting contest between Boston colonists and British sentries who were sent to Boston to enforce the Townshend Acts passed by British Parliament a few years prior. the episode quickly escalated after colonists began throwing rocks and snowballs at British Private Hugh White and his fellow men. With more civilians joining the fight, the British soldiers opened fire, killing five men including Crispus Attucks who became known as the first martyr of the American Revolution.

Illustration by Christopher Monro DeLorenzo for the Momentus Project.